SSD, HDD And Your Company’s Security 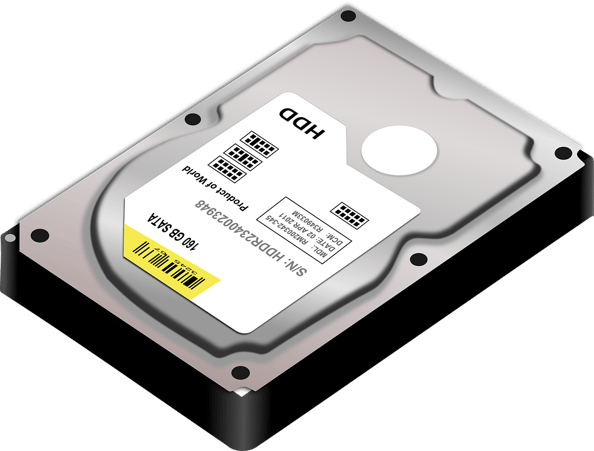 Your department may oversee hundreds of employees, wiping hard drives in large volumes on a regular basis. But is that enough? Not according to some surprising statistics.

The scary truth is that over 40% of hard drives contain recoverable data, and 30% contain financial and other information that’s considered to be sensitive. Used PC hard drives that were exported to Nigeria contained bank account details of possibly thousands of UK residents. But it didn’t end there; it was discovered that the stolen data was being sold in West Africa for less than £20!

The way in which your department engages in on-site data destruction and disposal should depend on the type of hard drive you intend to dispose of.

Traditional hard drives store data magnetically. Read/write heads pass over the magnetic surface, causing the magnetic alignment of data bits into interpretable binary code. Traditionally, the solution for erasure has been software-based. The software writes a sequential data pattern to the disk’s sectors, causing original data to be overwritten and rendered unrecoverable.

This erasure allows the hard drive to remain functional, but the original information to be completely inaccessible. As such, it is an ideal method for on-site data erasure where a hard drive needs to be re-used.

SSD drives store data electronically on pages of various size, depending on the size of the drive. Groups of pages occupy erasure blocks, which then get organised into zones according to a physical address on the flash chip. Data gets written to these drives across erasure blocks instead of sequentially.

The management of data writing on SSD drives is the job of the wear-levelling controller, which moves erasure blocks to a different location when data modification takes place, scheduling the original block for erasure once the move is complete. Erasure software has no use here, as it cannot control the regions to where data is written.

Where it comes to the destruction of hard drives, one sure way to accomplish this is to destroy them physically via the process of shredding. Drives are shredded into pieces too small for any chips to escape. At least, this is the ideal. All too often, shredding occurs which leaves several loose chips behind. Even a single chip can contain enough information to allow for successful identity theft, financial ruin and fraud.

The best way to ensure complete asset disposal of all of the kinds of hard drives your company uses is to get in touch with a licensed and certified secure IT data shredding service, such as Absolute IT. Specialising in the secure destruction of data in all its forms, we can completely and totally destroy all data, leaving nothing for thieves to collect. Read this article to find out more about asset disposal and to make sure you aren't making errors:  Are You Making These Asset Disposal Errors

Any plan for complete destruction should also involve secure storage and collection. Hard drives going for destruction need to be stored in a locked cabinet until their transport to a destruction facility can occur.